The title Paso a Paso is Spanish for step by step. I chose this title for two reasons.
The first one as a mantra, a reminder to myself to take my time and to allow life to naturally unfold.
The second, as a request to the viewer to spend time with each individual piece. I am an advocate of “art as therapy” and create in large part to heal my own wounds and past traumas. For the work to have a similar effect on you, it needs to be savoured and taken in a bit at a time.

The collection is also the direct result of a year-long journey I’ve taken with established career artists from around the world. For this collection, I wanted to create something that was more accessible to the audience while still staying true to my own personal artistic voice.  I live for priceless experiences and always aim to uplift and inform people through my artwork. And with that in mind, I went through seven years of archived photos to find images that were more of an abstract nature and conveyed the essence of the personal lessons and insights I’ve had while creating with my camera.

I’ve opted to include images that have a lot of energy and movement in them and made a point of holding back with heavy editing and post-production techniques. Instead, I focused on keeping the images realistic and natural. The collection also experiments with narrative, prose, poetry, meditations and one-liners. These texts are there to give the viewer context.
I want the audience to not only see the image. I want them to see it through my eyes and from my perspective.

True to its theme, the collection will be released in phases.
Below is Step 1, a collection of my favourite confetti photos as taken inside of some of the world’s most sought after entertainment venues.
Subsequent steps will be released in due course, the dates and times of which will be announced via my newsletter and my respective social media accounts.

I leave you with a quote from the ever-thoughtful Loa Tzu:
“The journey of a thousand miles starts with a single step”.

Until our paths meet again. 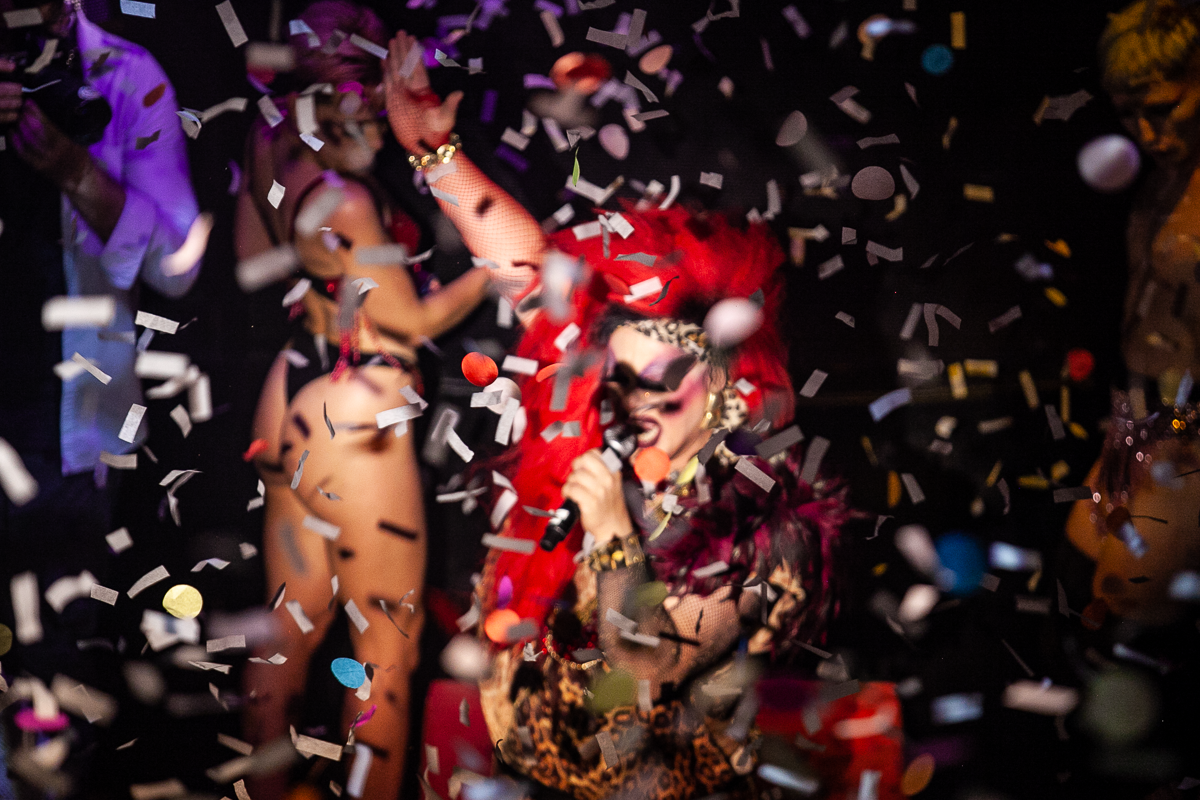 This is only the beginning. The crowd jubilates as Baby enters their temple. 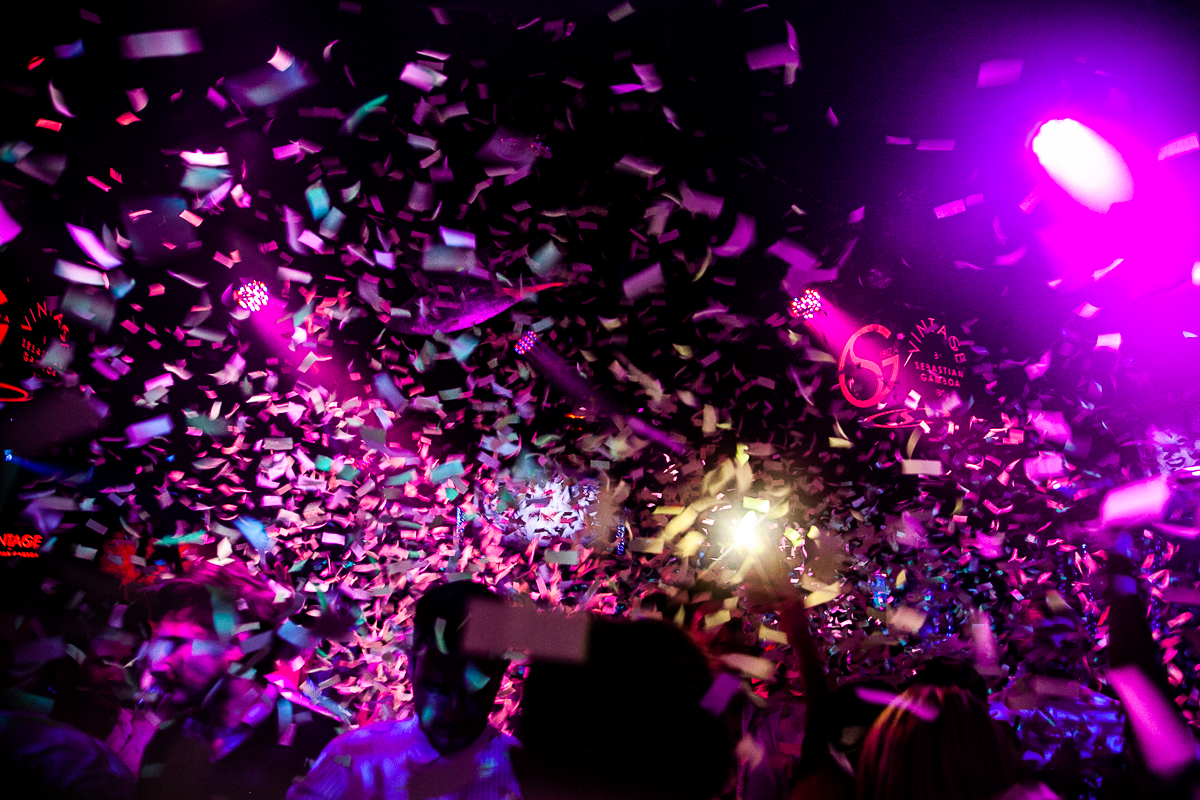 It is a well-known fact that a certain Suadi prince loves frequenting Ibiza. At any given time he has a fleet of sixteen black Mercedes-Benzes on stand-by around the island to cater for his every whim.

Needless to say, his security detail clears the venue of any photographers or media personnel before the prince and his entourage enter the location. They have also been known to buy out all surrounding VIP booths to ensure complete privacy. 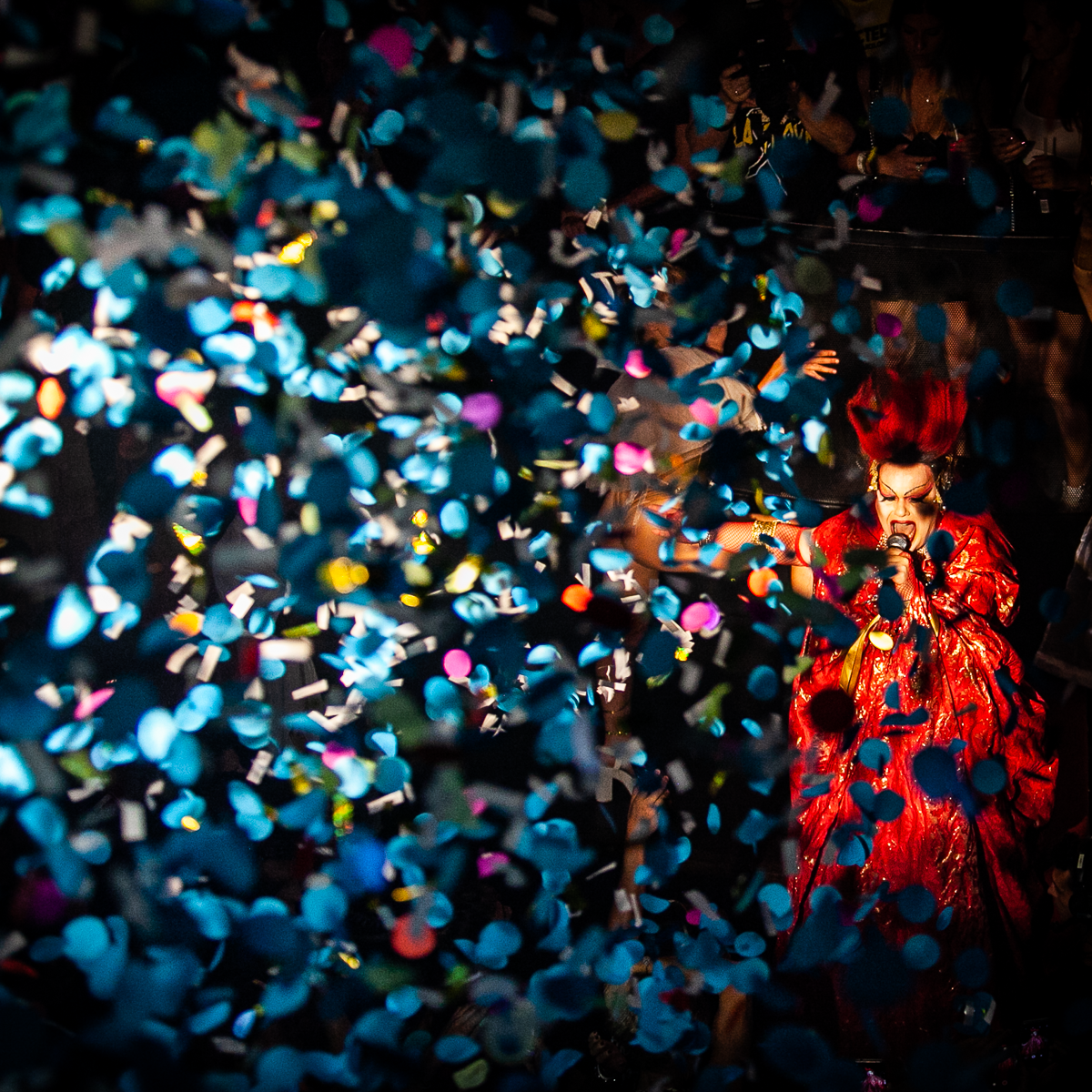 Confetti cannons go off as the crowd give themselves permission to let go of the past. 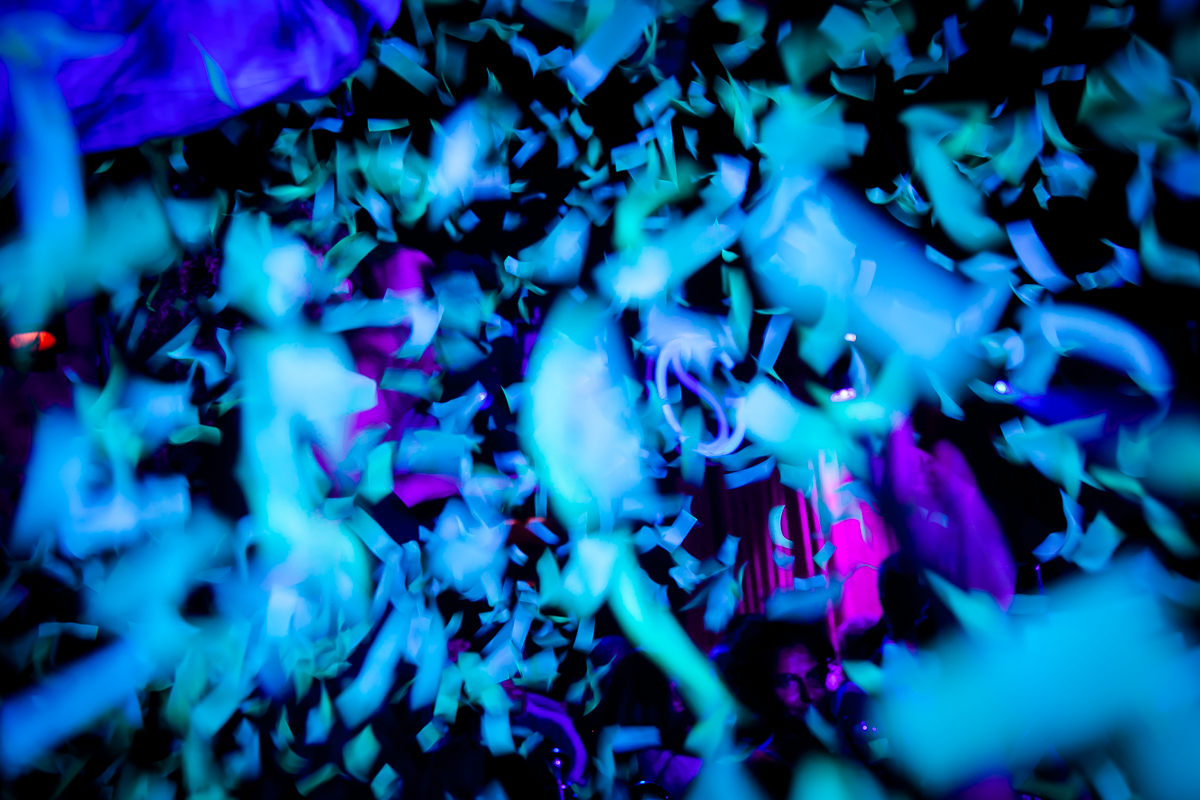 In the early morning hours of a warm Spanish evening, the tension is apparent as the music slowly builds to a cathartic climax. The club smells like caviar and expensive cigars. Glasses of cold champagne are commonplace. Everyone wants to cool down, but can’t.

Suddenly, as the DJ lets the beat drop, an explosion of compressed air and confetti explodes into the crowd. A brief sigh of relief followed only by the thick Ibizan humidity. The beat goes on and the cycle starts yet again. 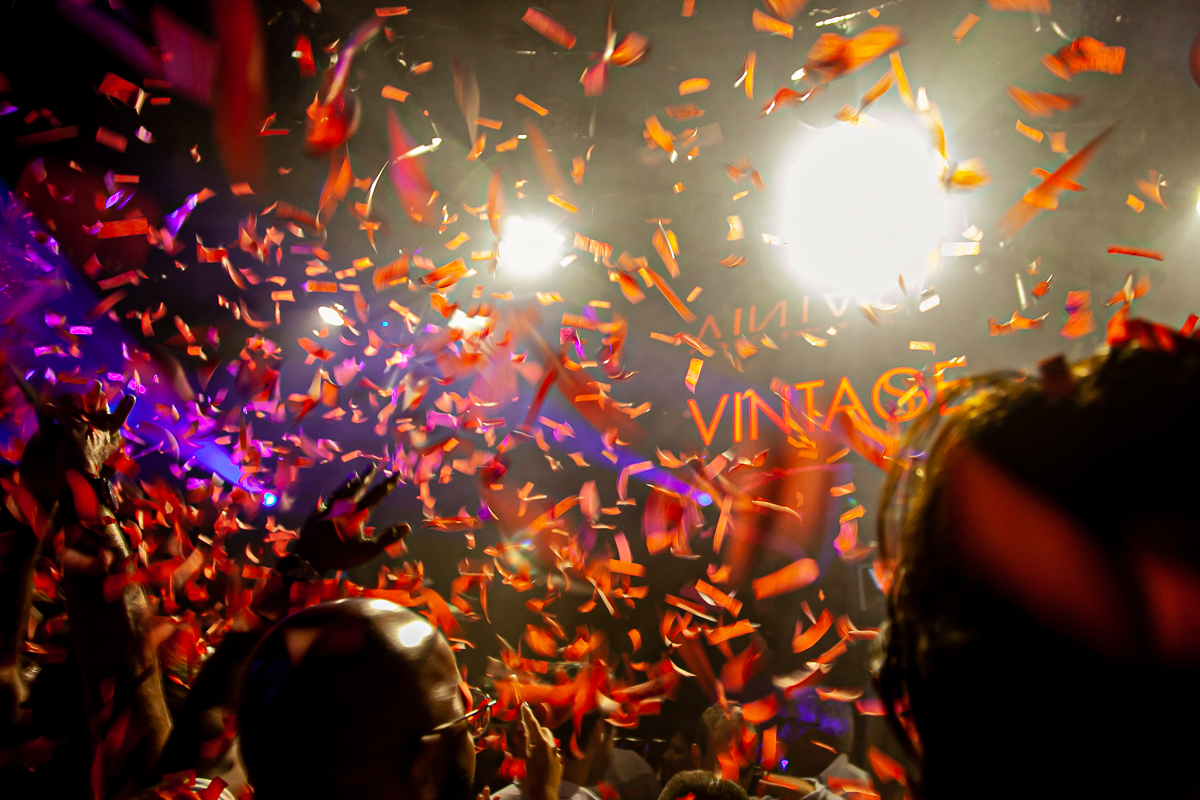 As the host disappeared after making the introduction, the house lights dimmed and on the stage, a cloaked figure appeared. The plate-sized spotlight shone centre stage and as the music began to play, the light grew until it fully enveloped its hooded subject.

Where the cloak once was, a goddess had appeared. Wearing diamond-studded lingerie, a matching pair of ankle-high stilettos and a live boa constrictor around her shoulders, she began to dance seductively.

With every verse, an item of clothing would disappear. And by the end, every seat in the house found itself severely impassioned. 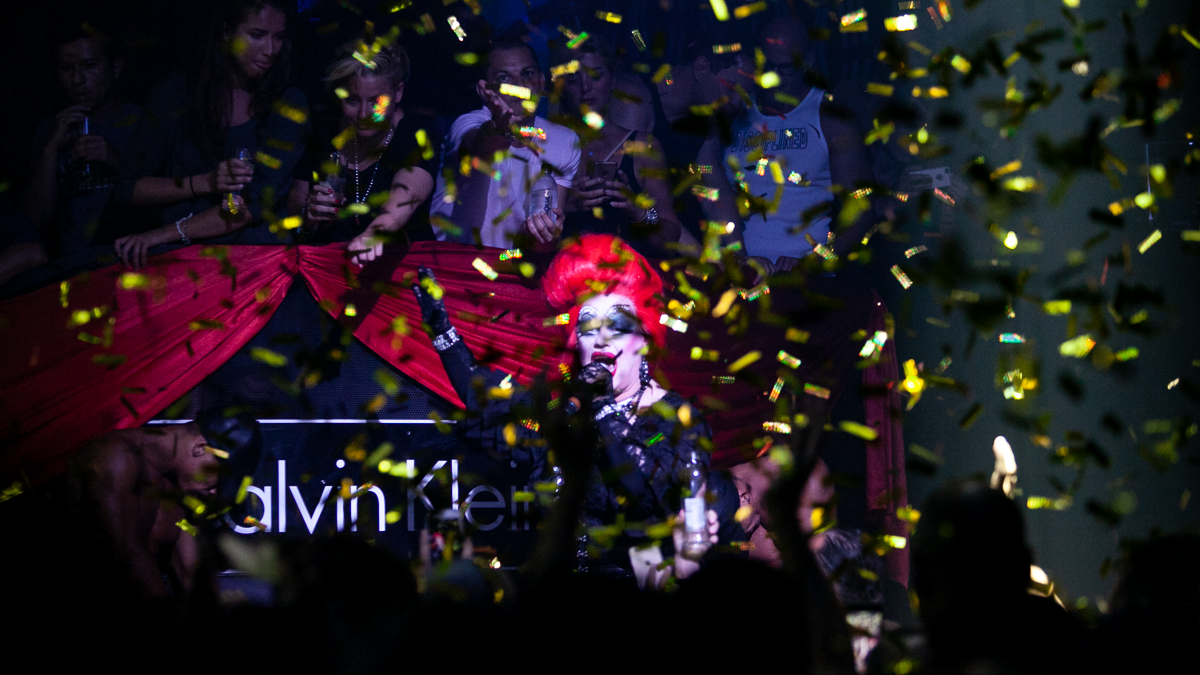 Golden flakes of confetti float into the congregation as they celebrate their individuality and freedom. 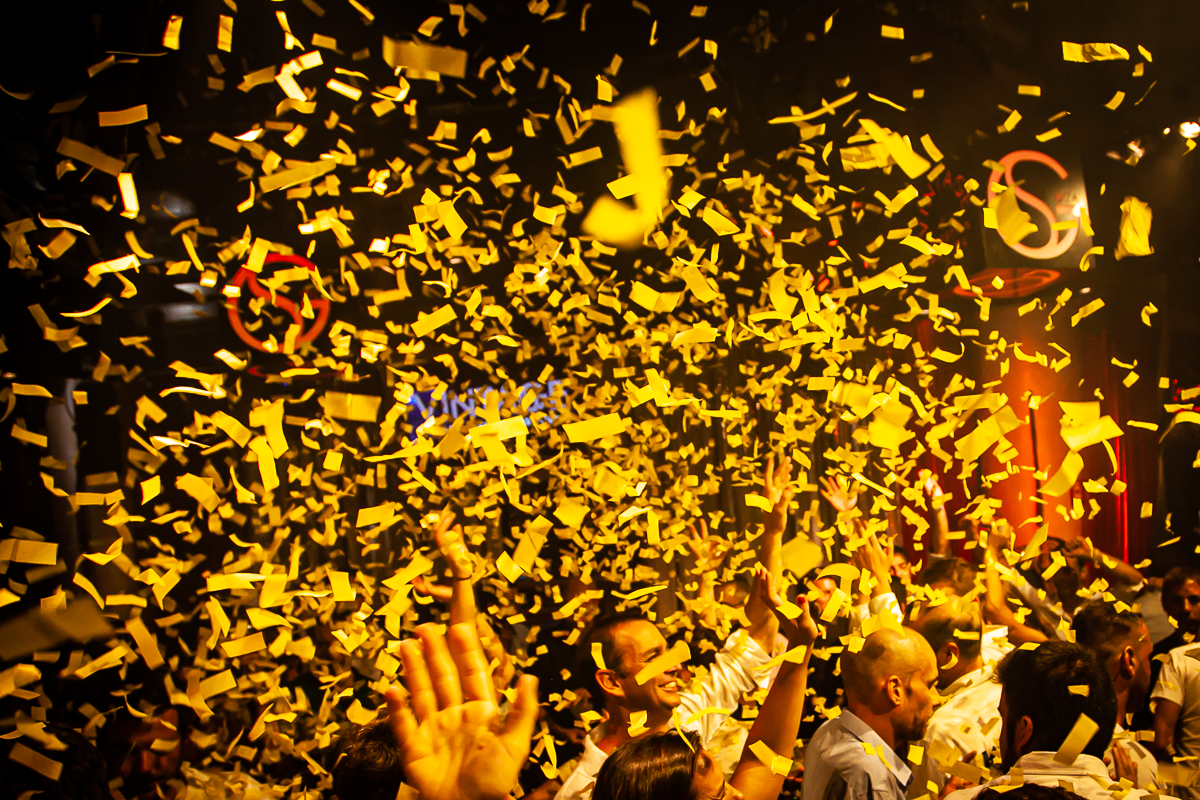 It's time to watch the sunrise. The house lights are turned on and the music turned off.
It's time to leave the club and celebrate the dawn of a new day.

You can celebrate it at the beach or at a villa during an after-party.
The cause for celebration: Today is the first day of the rest of your life. 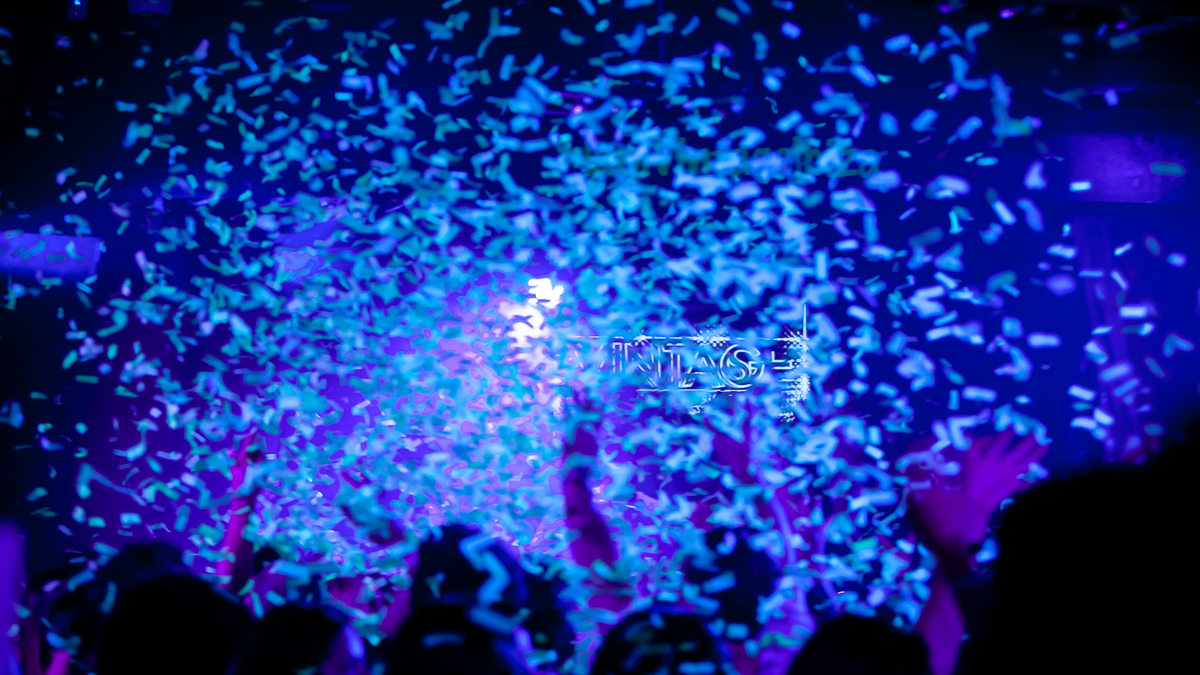 It's one o'clock in the morning, the restaurant’s tables and chairs have been packed away, and in its place, a dance floor has appeared. The crowd that had been seated in various sections for dinner are now sharing a dancefloor. It's warm, the music is loud but great, drinks are flowing and there are gorgeous people everywhere. Does it get any better than this? 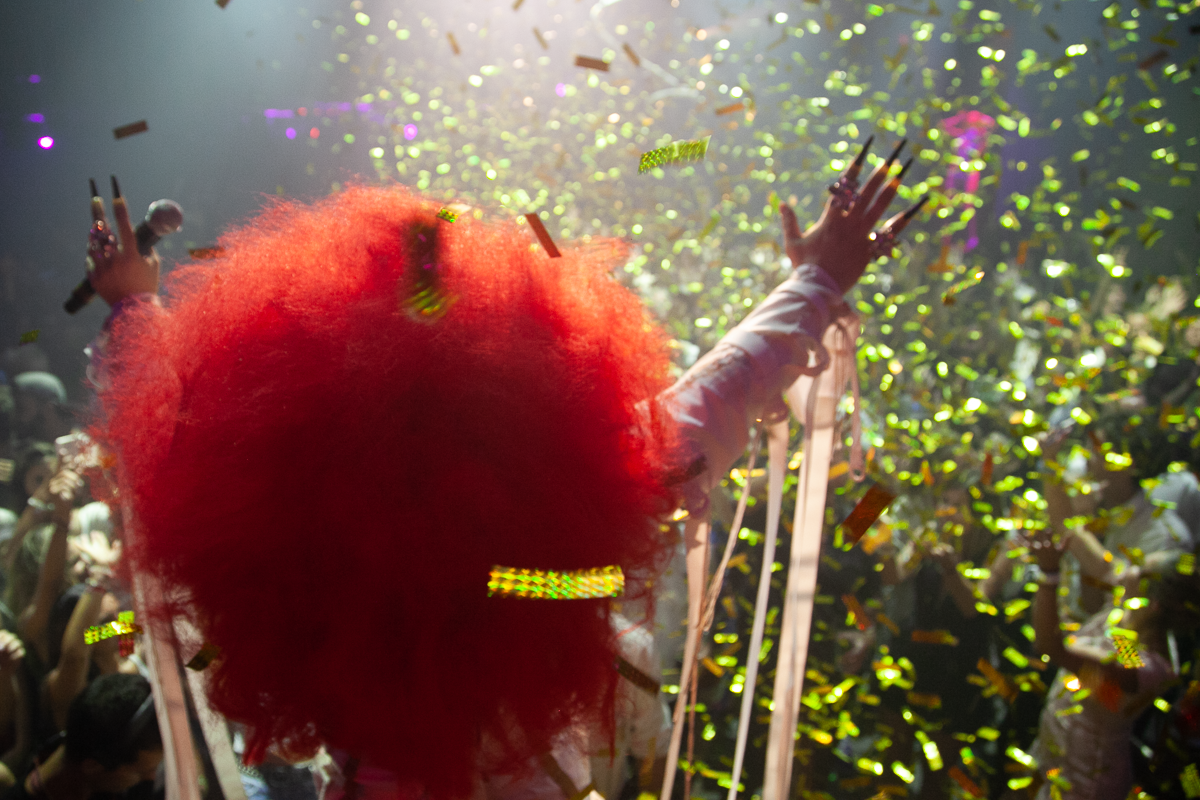 Baby Marcelo summoning some pixie dust to mend the broken hearts, rebuild the shattered dreams and cheer on those who choose to move forward in the face of adversary. 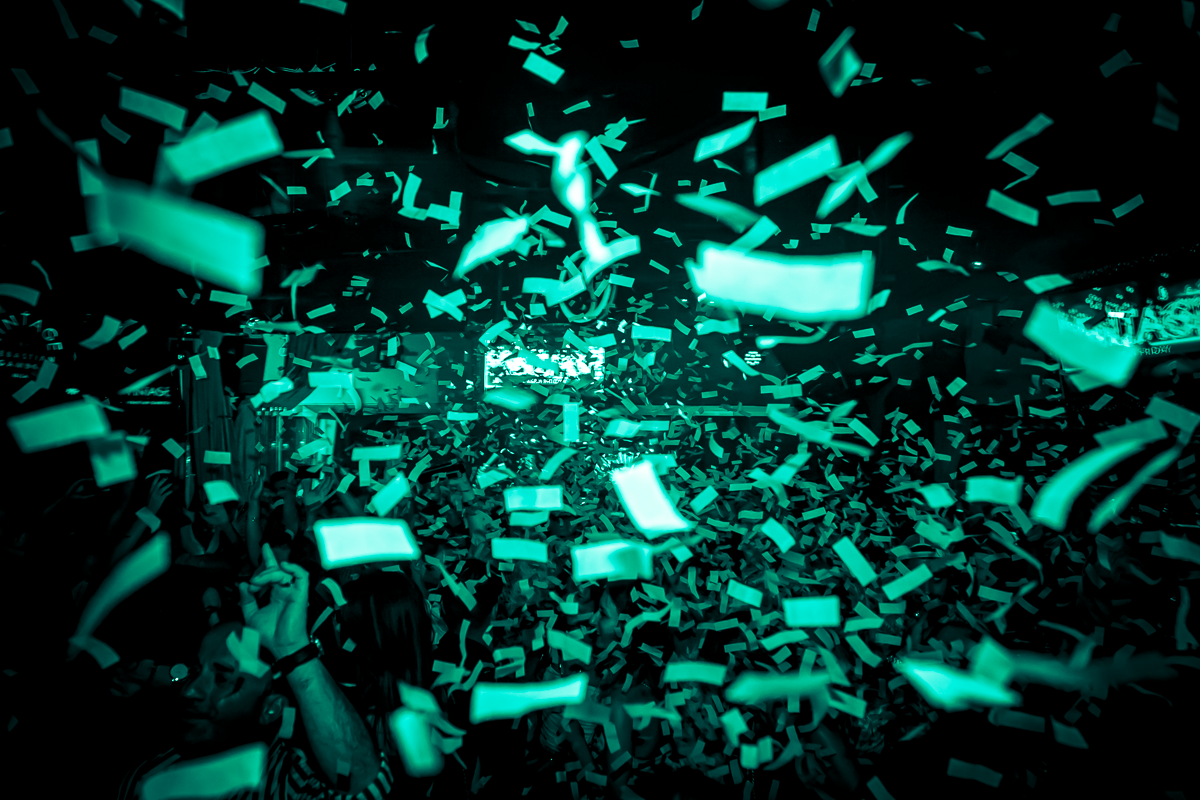 The opulence is astonishing. Wealth and fortunes as far as the eye can see. All of them are here for one reason: to escape. And when the fantasy fades and the celebrations are over, few have the discipline to savour the moment and enjoy. Instead, they opt for the only thing they long for: More! 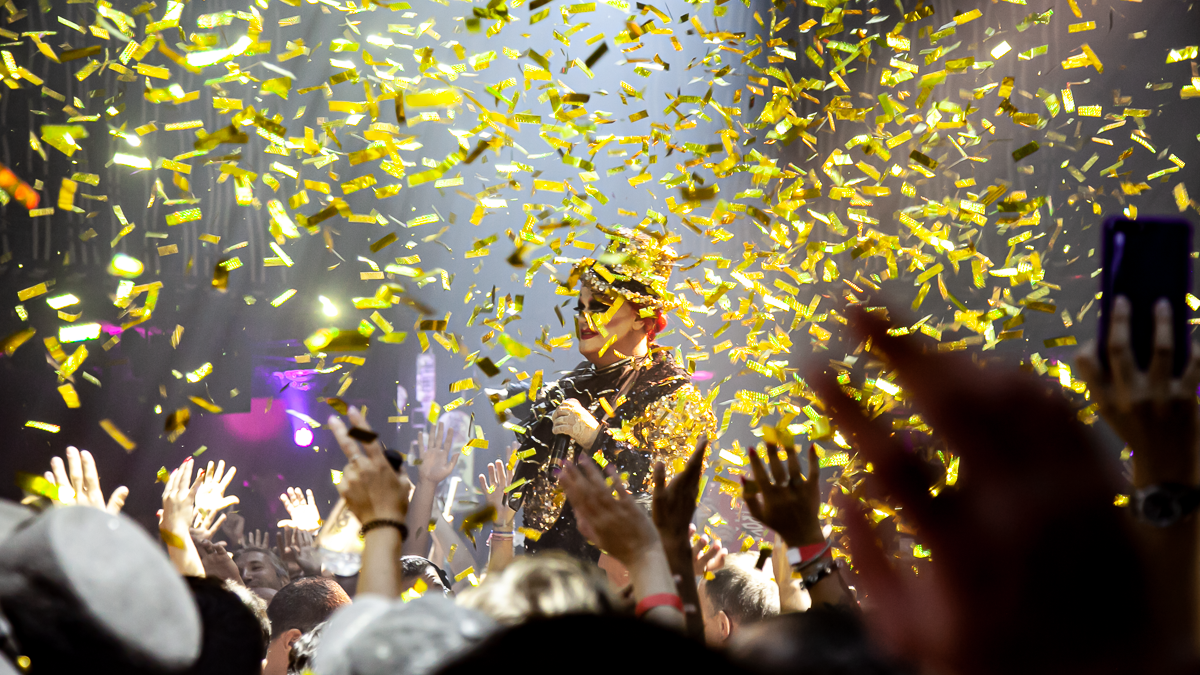 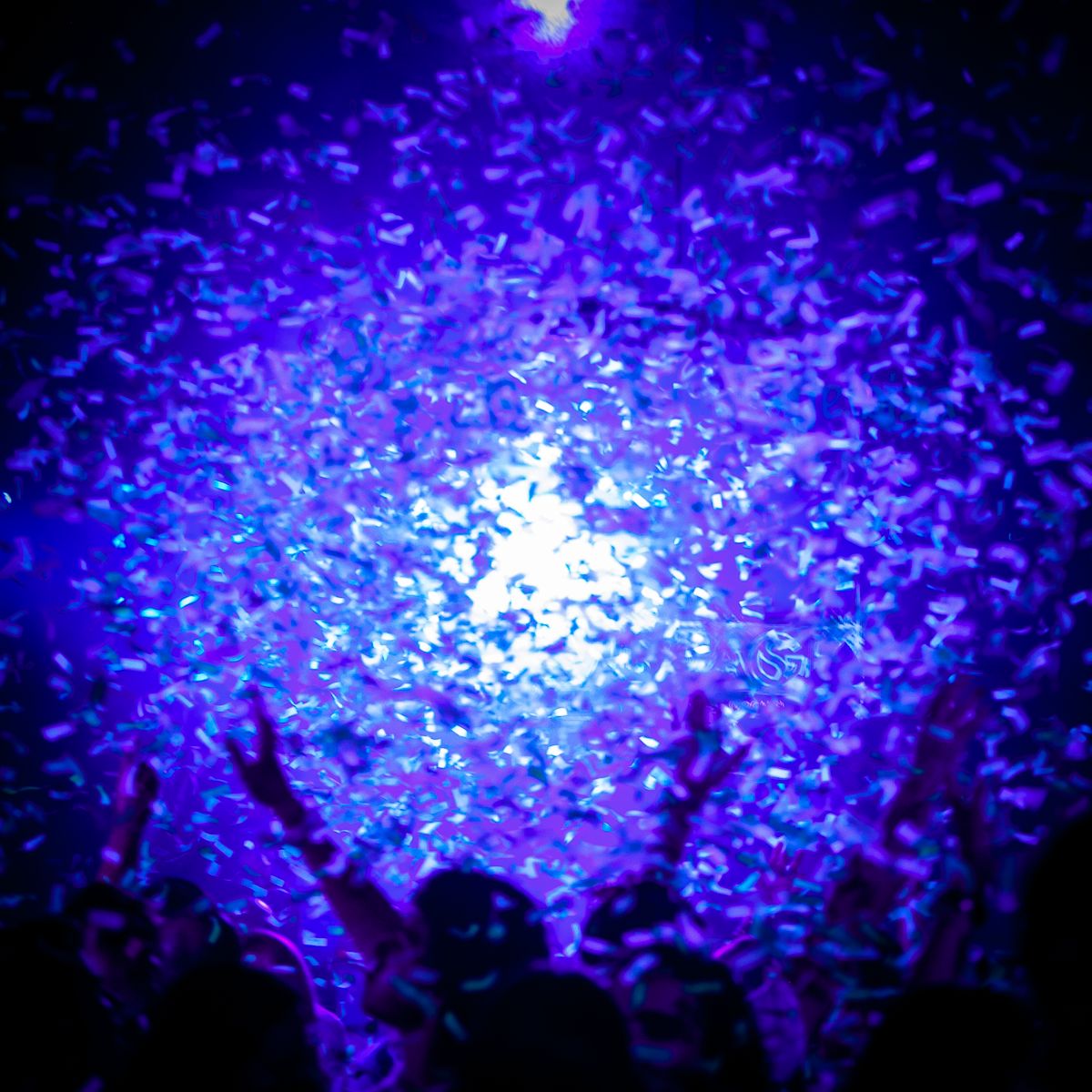 They briefly met each other on the beach. A few text exchanges later, they agree to meet for a late-night drink at the club. The crowd on the dance floor gets bigger, the space between them smaller. Their hands touch as their hips sway to the music. Their eyes lock. And as an explosion of cold air and confetti erupts on their sweat-dripping bodies, their lips meet for the first time. 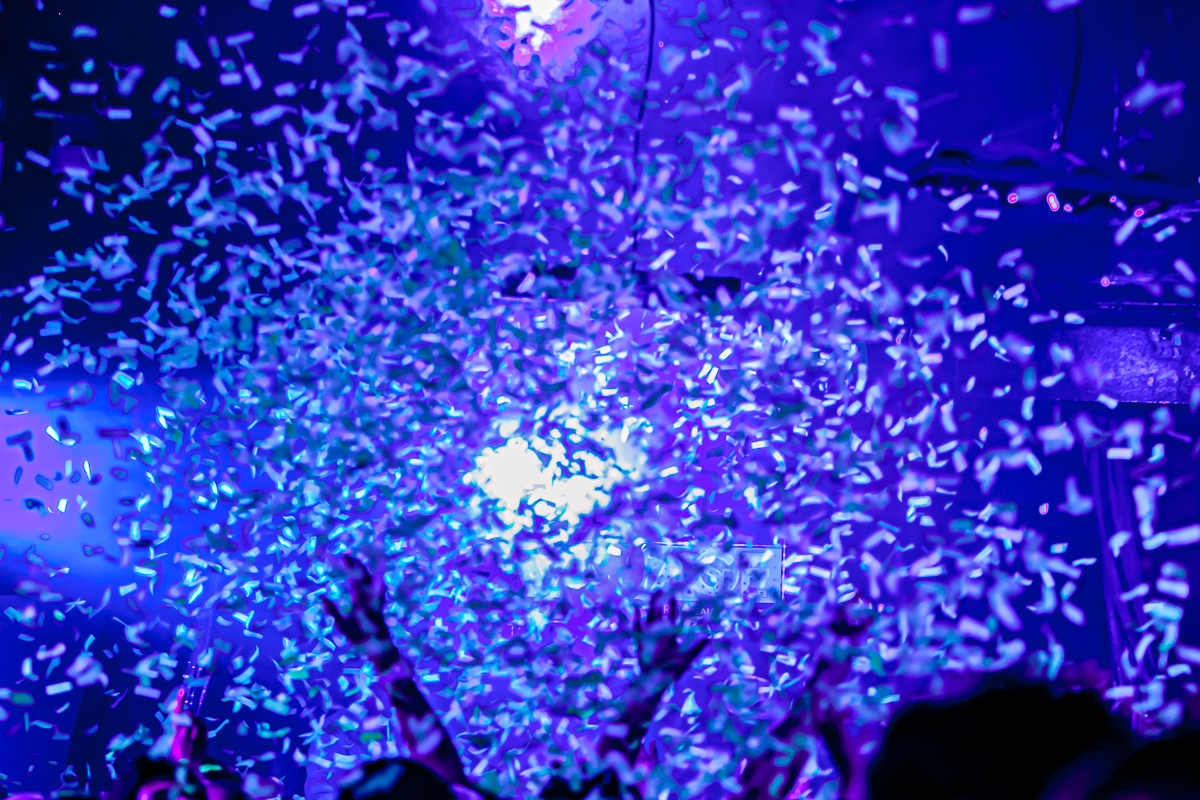 The crowd at her feet is music to her ears.
Her costume and makeup, hiding her tears.

Who she is when she dances.
Is not the same as when in classes.

The night life she fears.
Responsible for her tears.

She has no other choice.
When the music starts she has to rejoice. 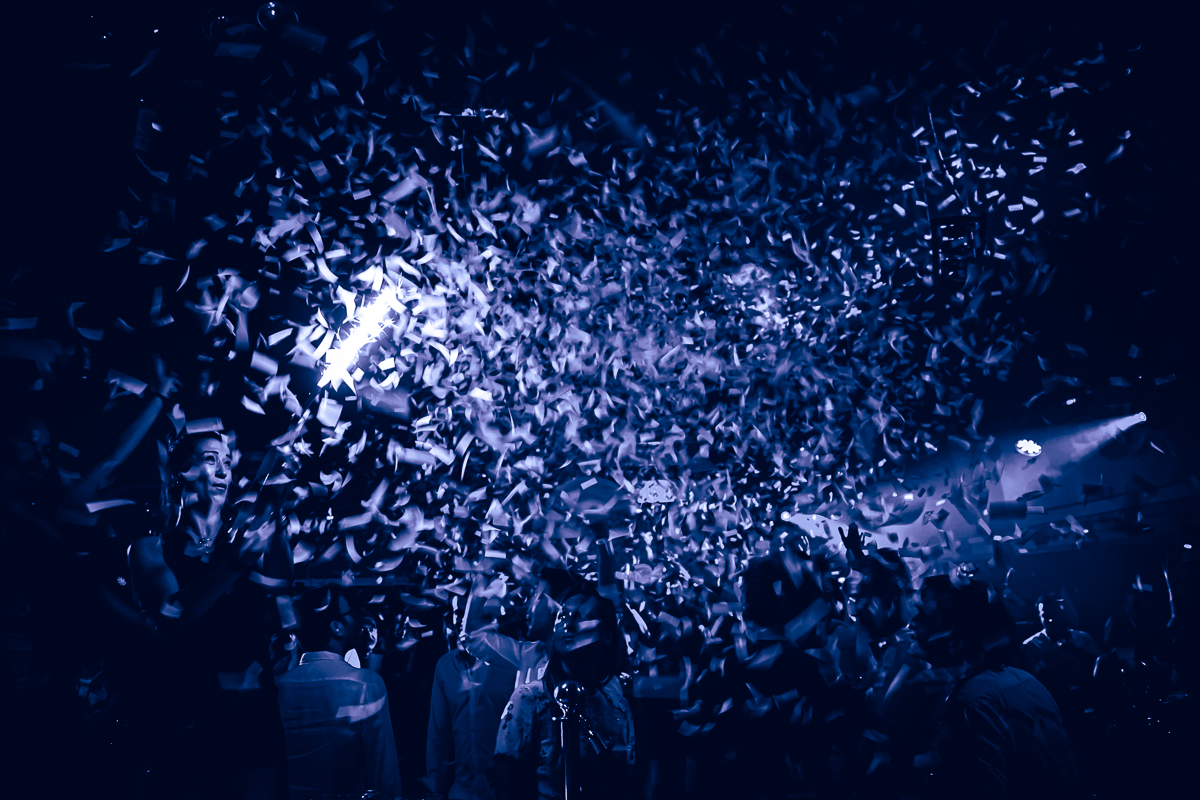 You never forget your first time. Whether it was in a VIP box or the communal dance floor. At night in a superclub or during the day at an open-air beach bar. The experience is the same. The warm air devours you. And as you stand there, praying for the uncomfortable sweat-inducing heat to stop, it explodes; seemingly out of nowhere: a cold, high pressure, confetti-filled detonation that covers the entirety of your body, and for a moment, all is right again with the world. 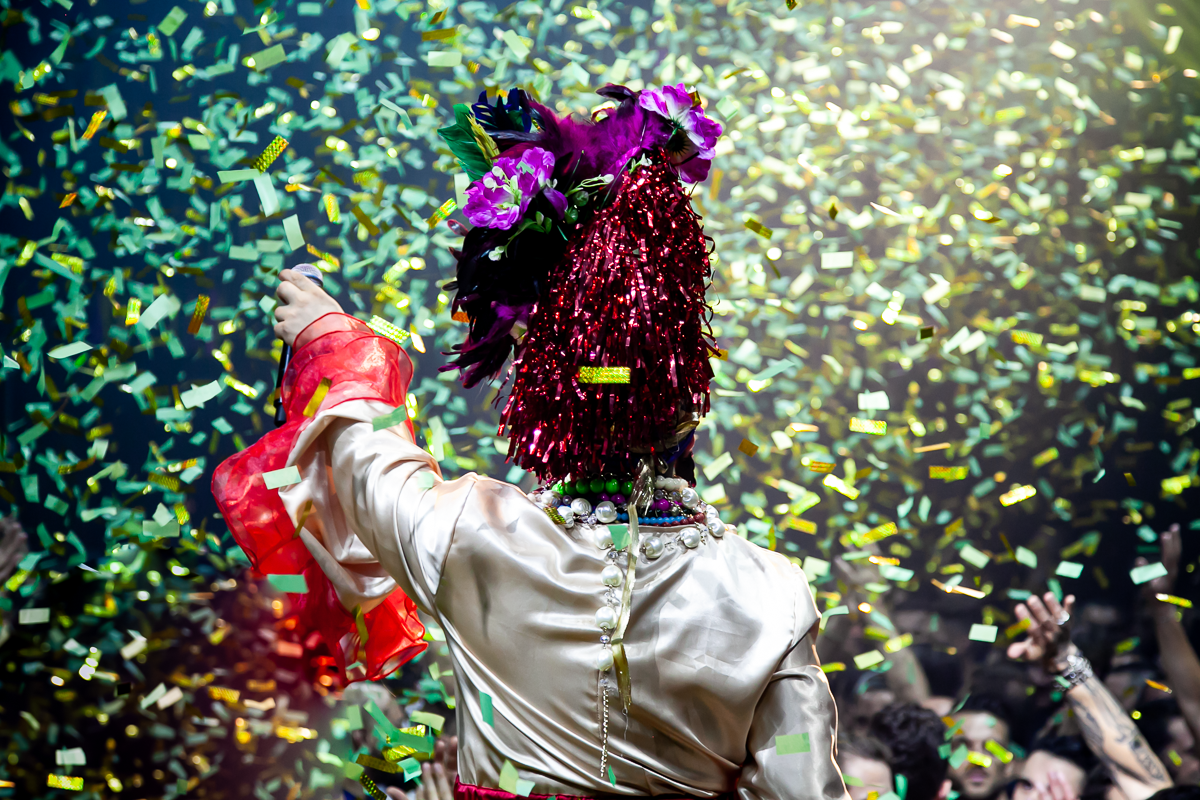 There is a place where all the outcasts gather. Where they are accepted regardless of the color of their skin, their sexual orientation, their pasts or their economic standing in society.

And in this place, every Wednesday at four in the morning, a congregation meets.
At its pulpit: Baby Marcelo. The sermon: “Viva la libertad” (Long live freedom!). 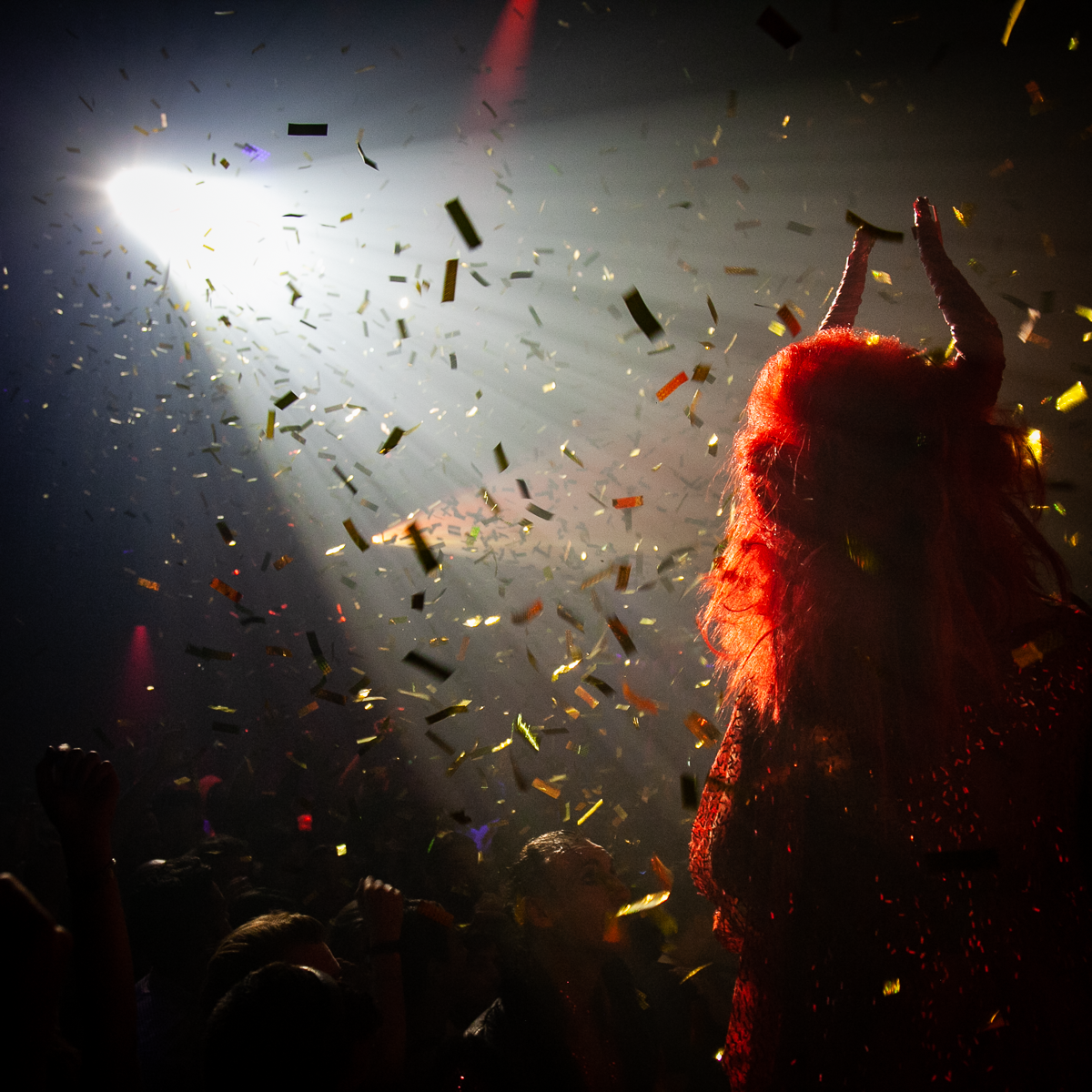 A cause for celebration as we overcome and embrace the beastly nature that lies within.